The Story: The Angel In the House 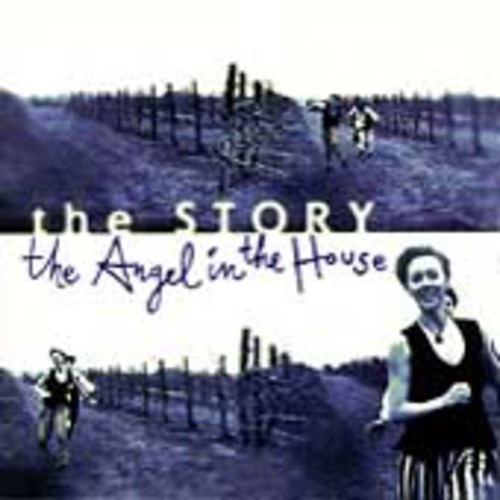 This duo's debut GRACE IN GRAVITY no doubt escaped many folk-pop lovers, but THE ANGEL IN THE HOUSE made its presence felt subtly at adult album alternative stations across America. Syncopated percussion and bossa nova rhythms mark the sound of the Story's second album, while a more formed feminist, and at times metaphysical, sensibility permeates the lyrics. Virginia Woolf inspired the album's title, and liner notes explain the other literary thoughts (from Germaine Greer, Horton Foote, et al) that underscore individual songs. ANGEL concerns itself with the psyche of womankind-how woman is affected by the struggle to find herself, to find love, and to hold on to both. At times, it's a dark process. "The Barefoot Ballroom" begins with Brooke stating, "sometimes I'm happy. mostly I'm not. I like to be alone a lot." The beautifully arranged "At the Still Point" features shifting time signatures and percussive nuances such as hand drums; "Missing Person Afternoon" uses congas. The a cappella opening of "In the Gloaming" is breathtaking; a piano comes in on the second verse, and the two women sing lyrics inspired by playwright Harold Pinter.