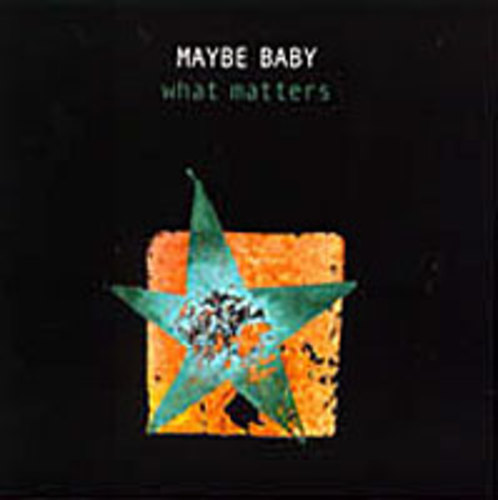 RY CAVANAUGH on "WHAT MATTERS":

"We recorded What Matters at Hi-n-Dry Studio on the fifth floor of an old brick building in Cambridge Mass. during the spring and summer of 2002. Billy Conway took on the role as producer, while Dana Colley engineered whenever he could.

Its impossible to describe what it was like working on this record. Their was a lot of grief in all of our personal lives due to family illness and recent deaths. What we can say for sure is that none of us had a preconceived notion of what we would come out with. It sounds cheesy, but we just let the music happen.

In one big room we tracked live with Ry on baritone guitar, Jenn on acoustic guitar and ukulele, Billy Beard on drums, cocktail drum and percussion and Tom West did a couple of the live sessions with us on organ.

Once we had the basics, we called some friends in to bring their own sounds and ideas in. Kris Delmhorst had a break from touring and leant her voice to a few tracks. David Champagne came in one night after a dinner and fearlessly added some fierce sounding guitar tracks. Jim Fitting brought his chromatic harmonica in and pronounced "David stole my note" as he made up a few more on Cruel Sea. Dana Colley worked several long nights on strange and beautiful horn parts. Jimmy Ryan played electric mandolin and mandocello as he was finishing up work on his own record with Conway. Finally, we squeezed Duke in and he proceeded to open our minds right up. Each overdub redefined the songs for us.

Hi-n-Dry is becoming like the old label studios Sun, Stax, Motown, Chess, etc. It has a definitive sound because of the people involved in the process. Paul Q. Kolderie has known Billy Conway since college and engineered, produced and mixed many records with him. Paul put everything in its place for us over three days of mixing, and delivered finished songs for us to sequence and master.

Toby Mountain at Northeast Digital did the unglamorous, but essential and defining process of mastering the CD.

The entire design of the artwork for the CD belongs to Jenn. She printed from cut potatoes and photoshoped until she turned blue.